The United Nations laments, “We are already unable to cope with the amount of plastic waste we generate, unless we rethink the way we manufacture, use and manage plastics. Ultimately, tackling one of the biggest environmental scourges of our time will require governments to regulate, businesses to innovate and individuals to act.”

The Chinese government has announced pending restrictions on the production, sale, and use of plastic. Plastic bags are banned in all major cities by the end of this year, and all urban areas in 2022. Fresh produce markets have until 2025 to stop their use of plastics.

China has also banned the import of all plastic waste. The production and sale of thin plastic sheets and bags will soon be banned (the date was not announced).

Finally, China is boosting the recycling of plastics where possible as part of its war on waste.

China is now stepping ahead of other large industrialized nations in its efforts to reduce plastic waste. (The chart shown is from 2017.) 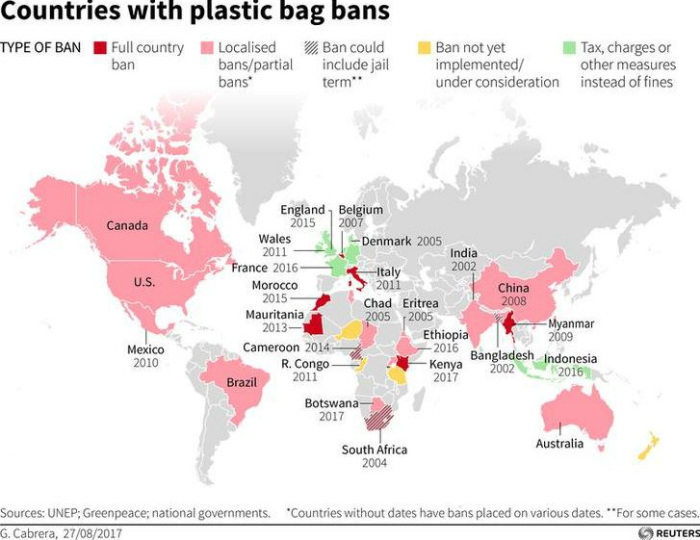