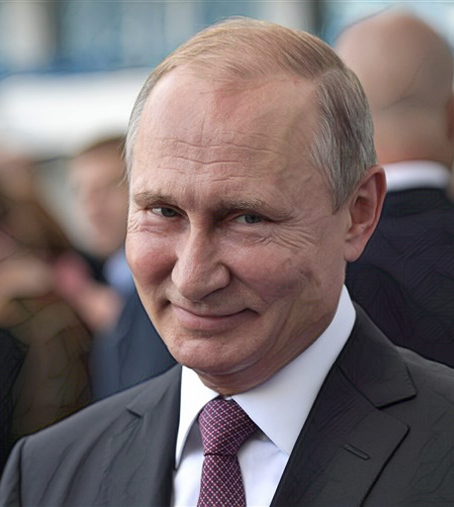 In 2014, US President Barack Obama dismissed Russia as a “regional power.” Yet Russia under Vladimir Putin is politically punching far above its weight.

The nations with the most military personnel are North & South Korea – frozen for 7 decades in an embrace of mistrust. Vietnam and India follow the Koreas in their military employment.

Russia and China maintain over 3 million men in uniform (3.5m in Russia, 3.2m in China), albeit China has over twice as many in active service as Russia (2m China, 0.9m Russia). Overall, the United States has 2.2 million total military personnel, scattered around the world.

In this technological age, men play 2nd fiddle to the firepower at their disposal. From this perspective, the US is the supreme world power, followed at a considerable gap by China and Russia. China’s military budget is 1/3rd that of the US; Russia, 1/10th of American military outlay.

Despite being vastly outgunned, Russia has supplanted the United States as the most influential outside power in the Middle East. China’s influence is now strongly felt in Africa, where America has little pull. Russia and China are on good terms.

Diplomatically, the US under President Trump has become a wad of confusion. Trump has alienated America’s erstwhile allies in the Western hemisphere and Europe. Following on Obama’s weak-kneed heels, Trump’s Middle East non-policies have let Russia to outplay the US. Obama timidly let the civil war in Syria simmer. Following that non-performance, Trump dallied while Russia stepped in.

Beyond appearing as an enemy of America’s self-interest in every way, Trump has consistently behaved as if he is a Russian pawn. The credit goes to Putin. “Maybe he’s holding small cards, but he seems unafraid to play them,” said Michael McFaul, a former United States ambassador to Moscow.

Putin understands what Trump does not: “The question is not about having much power,” he said. “It’s about using the power you have in the right way.”

Russia had smashing success in engineering Trump into the American presidency. With its patsy in place, Putin waltzes on the world stage while Trump staggers about like a drunk blind man.

David Ignatius, “Russia has earned its success in the Middle East – partly thanks to Trump,” The Washington Post (24 October 2019).