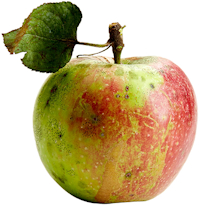 Studies in the UK and US found declines in the nutritional quality of commercial produce since the mid-20th century, when agriculture became more industrialized in the wake of the so-called Green Revolution.

Commercial food has steadily become less nutritious for 3 reasons: soil depletion, crop selection, and pesticides. Modern intensive agricultural methods have incrementally impoverished the soil in which food is grown, as well as lacing the ground with toxic chemicals.

Phytonutrients are a vast array of compounds – over 25,000 – that confer health benefits. These crucial phytochemicals typically have a bitter taste, so growers select varieties that are sweeter but less nutritious. American nutritional biochemist Jed Fahey observed that, “eating fruits and vegetables without phytochemicals would be analogous to drinking the empty calories of a can of soda.”

Pesticides indirectly limit phytonutrients. Plants up their production of phytochemicals in their leaves and fruit when bothered by insects. Many of these defensive chemicals are wholesome to animals via their digestion by gut flora. “Antioxidants are produced by a simple stress like wounding,” explained horticulturist Luis Cisneros-Zevallos.

Plants having to toughen up renders their produce more nutritious. Chemically killing plant pests not only ladles toxins onto food, it reduces the nutrition within.