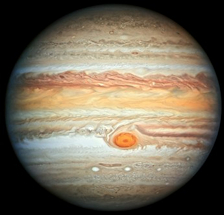 Remote viewing is rare ability to see beyond sight: to perceive scenes in a remote location. In the late 20th century, the American military ran a secret project of remove viewing.

“You can’t be involved in this for any length of time and not be convinced,” said American CIA official Norm J, who was responsible for the US military’s Fort Meade remote viewing unit

“I never liked to get into debates with the skeptics, because if you didn’t believe that remote viewing was real, you hadn’t done your homework. We didn’t know how to explain it, but we weren’t so much interested in explaining it as using it.” ~ American Major General Edmund Thompson

“Unlike Saturn’s rings, which are clearly visible from the Earth even through small telescopes, Jupiter’s rings are so difficult to see that they weren’t discovered until the Voyager 1 spacecraft in 1979.” ~ American physicist Russell Targ, who studied Ingo Swann

The psychic abilities of American painter Ingo Swann (1933–2013) were extensively studied as a facet of the US government remote viewing project dubbed Stargate that ran 1978–1995. Early (successful) exercises, such as describing pictures in sealed envelopes, quickly bored Swann. So, the researchers gave Swann a formidable challenge: to view Jupiter from his chair in a California lab. At the time (1973), specifics of Jupiter’s appearance were unknown. 6 years later, the Voyage 1 probe transmitted back details. What Swann precisely described in 1973 – thin, glittering rings in the upper atmosphere (among other things) – were confirmed by satellite in 1979.

“By the standards of any science, remote viewing is proven,” conceded English psychologist and paranormal skeptic Richard Wiseman.