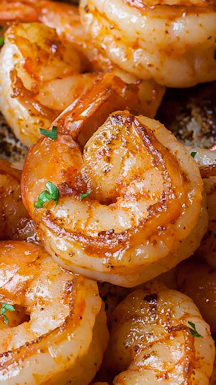 Though they don’t cost as much as other seafood, shrimp are an environmentally expensive catch.

Commercial fishers aim to catch specific species. All told, at least half of what is caught is jettisoned. 75% of the fish thrown back perish. For every kilogram of shrimp caught, 10–20 kilos of marine life is lost.

And reports abound of the appalling treatment of workers on shrimp-fishing vessels, including slavery and child labor. When UN investigators interviewed Cambodians who had escaped slavery on Thai fishing boats, 59% of them reported seeing fellow crew-members murdered by the captain.

85% of the farmed shrimp and 74% of the wild catch come from Southeast Asia. The shrimp trade hauled in $45 billion in 2018; an industry thought to be growing 5% per annum.

Farming shrimp is no better ecologically than catching it. In coastal areas, mangroves are cut down to accommodate cage aquaculture. The environmental damage is inestimable.

Mangrove forests protects coasts from battering storms, provides flood and sediment control, and serves as a nursery habitat for many aquatic species. When these forests are lost, sediment runoff can smother seagrass beds and coral reefs. This creates an ecological cascade of ecosystem degradation that can lead to large losses in wild aquatic species. 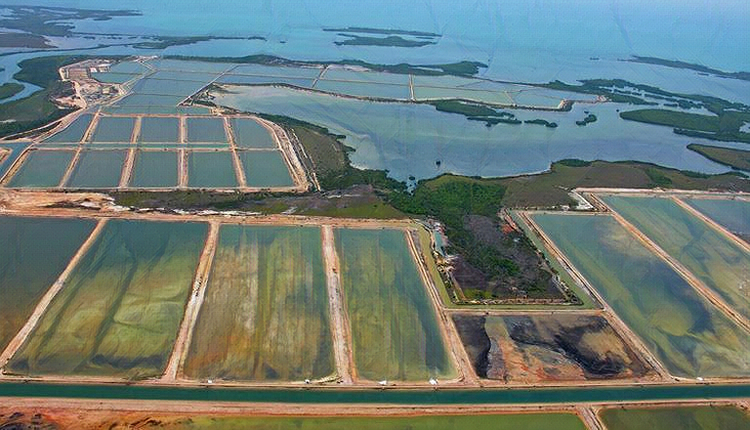 Farming shrimp costs half the biomass that otherwise could be caught under natural conditions. This is, in effect, a transfer of wealth from local fishermen to investors in aquafarms.

Moving captive fish stocks for aquaculture increases the risk of spreading pathogens. Shrimp virus epidemics have caused catastrophic losses in shrimp farms across Asia. These viruses were transferred to the Americas where mortalities in shrimp farms soared.

Most shrimp farms are unsanitary. “Farmed shrimps are often bred in overcrowded conditions and literally swimming in sewage water,” says Indian aquaculture analyst Sandhya Sriram. Ponds often have to be abandoned after a few years because of problems with disease and pollution.

“How artificial shrimps could change the world,” The Economist (8 February 2020).