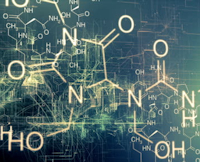 Atoms merge into molecules by sharing electrons. Chemists have categorized the ways these relationships are managed. The reality of chemistry is not so neat.

The idea that atoms mingle into molecules can be traced to Robert Boyle’s 1661 treatise “The Sceptical Chymist,” which became a cornerstone of modern chemistry.

There are numerous chemical bonding techniques of varying fidelity. Molecules are marriages of atoms by dint of sharing their electrons – what are called covalent bonds.

Less loyalty in bonding happens when hydrogen atoms are involved. A hydrogen bond is an attraction between a hydrogen atom and an electronegative atom, such as oxygen, nitrogen, or fluorine. Hydrogen bonds may be within a single molecule or between molecules.

“Our understanding of chemical bonding is very much black and white,” says American chemist Andrei Tokmak. “But there’s actually a continuum.”

Hydrogen bonds are supposedly weaker than covalent bonds. But not always. It depends on the situation, including the atoms involved, temperature, pressure, and other environmental factors.

Atomic bonding is more an environmental statement of convenience than a commitment broken only by energy level. That messy reality blurs “the concept of what a molecule’ is,” remark German chemists Mischa Bonn and Johannes Hunger.

Mischa Bonn & Johannes Hunger, “Between a hydrogen and a covalent bond,” Science (8 January 2021).

Bonding(dentistry) a technique for repairing a tooth; resinous material is applied to the surface of the tooth where it adheres to the tooth’s enamelMore (Definitions, Synonyms, Translation)