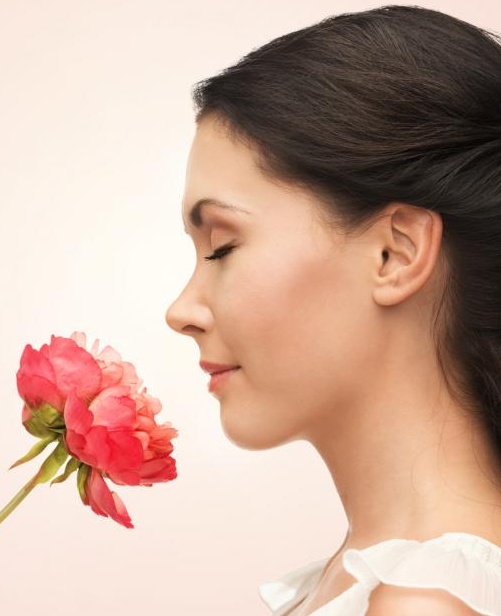 Some women have a fine sense of smell without the physiological means for olfaction.

The gospel according to neurobiology for olfaction (courtesy of Israeli neurobiologist Tali Weiss et al): “In mammalian olfaction, odorants are first transduced into neural signals at olfactory receptor neurons (ORNs) in the nose. The olfactory neural signal then travels along the axons of these neurons, through perforations in the skull (the cribriform plate), and into the brain where they target the olfactory bulbs (OBs). OB connectivity forms a highly specialized neural substrate for extended odor coding.”

Neurobiologists’ religious explanation of this is predictable. “Humans can perform the basic facets of olfaction without canonical OBs, implying extreme plasticity in the functional neuroanatomy of this sensory system.” Sheer silly hand-waving here: extreme plasticity in fictionalizing fact.

Being able to smell without the requisite equipment is a single chip on a mountain of evidence which shows that the appearance of physicality is ultimately a mirage. The inexplicable fringe unerringly indicates that matterist dogma is wrong and energyism is correct.

If you want to understand the construction of Nature, you owe it to yourself to read Spokes of the Wheel, which is a verified system of knowledge unavailable anywhere else. (A few others have been digging in the right place, but only Ishi Nobu hit bedrock, had the comprehension, and took the time (over a decade) to systematically chronicle the amazing discoveries.)