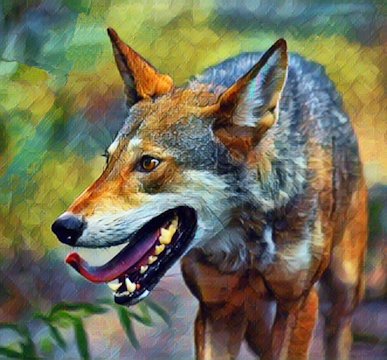 Every organism, every atom, is unique – a fantastic diversity internally simplified. The mind habitually categorizes for its convenience. The idea of “species” is exemplary.

Biological classification is a facet of scientific taxonomy: naming everything according to some rule set. The effort fills biology books with hoary Latin words.

Life used to be divided into animals and plants. The division was based on the simple idea that all the interesting things moved and the uninteresting ones did not. Originally, bacteria and fungi were classed as plants. Once men discovered that bacteria caused disease and plants did not, attitudes changed.

Coining the terms genus and species, 4th-century-BCE philosopher Aristotle classified animals by their method of reproduction. Aristotle’s system went the way of the dodo with additional knowledge and was long forgotten as others took up the classification cudgel.

The classifier who cast the longest shadow was Swedish physician and biologist Carl Linnaeus (1707–1778). His 1735 book on biological classification held sway for centuries.

In classing by look, Linnaeus was sloppy. Based upon preconception, and in the spirit of animism, Linnaeus split the natural world into plants, animals, and stones. Abjuring the use of magnifying glasses, Linnaeus ensured that little life forms received little attention.

In the wake of Linnaeus were waves of revisions. English naturalist Charles Darwin introduced the notion of evolutionary descent and clades: a common ancestor to later speciation. This evolutionary rationalization is still under development.

American plant ecologist Robert Whittaker introduced his 5-kingdom classification in 1969: plant, fungi, animal, protist, and prokaryote; which ruled in biology classrooms for decades. Whittaker’s classification was based largely on nutritional habits, not evolution.

In the 1990s, early attempts to see what genetics could say about the tree of life proved deceptive. Geneticists couldn’t agree on what genes were telling.

Genetic analysis improved considerably in the 2010s. Using a computer to determine speciation based upon genetically distinct lineages produces 5 to 13 times as many species as conventionally tallied. Species have traditionally been defined by mating behaviors and physical traits, not genetic similarity. The tentative take by biologists is that computers can’t count when it comes to species. The controversies over taxonomy continue, driven foremost by species being an ill-defined term. There are at least 34 ways to define a species of organism.

Hybridization illustrates the difficulty of assigning species. The red wolf (shown), native to the southeastern US, is now thought to be a cross between a coyote and a grey wolf.

The human lineage includes a plethora of hominids that are primarily a source of argument about how they are to be sorted. By conventional rules of definition, modern humans are themselves more than 1 species, or at least several subspecies.

Our rape of Earth has been at the expense of other life. Only in the late 20th century did men bother to notice the biological loss. The concept of “endangered” species arose for animals and plants on the brink of extinction. Other life forms going away evaded attention.

However the species tally is made, man has been as bad as the bolide that did in the dinosaurs 66 million years ago. The major distinction in this mass extinction is that the impact is not from space.

Kate Douglas, “We’re beginning to question the idea of species – including our own,” New Scientist (11 December 2019).