Spokes 5: The Echoes of the Mind  (Table of Contents) {Notes} 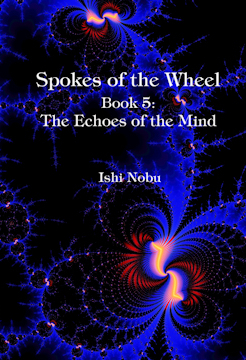 The mind is the means for comprehending the world. Despite exhaustive study throughout history and the benefit of everyone having one, this ethereal organ remains misunderstood.

As an academic discipline, psychology lacks a widely accepted paradigm. Since antiquity, history is littered with various schools of thought about what makes us tick. The discordance continues to this day; awfully peculiar, considering that all the evidence is easily found between the ears.

There are two basic camps of psychology: philosophical and physiological. The rational, philosophic approach employs introspection to plumb the inner depths, taking into account observations and life experiences to discern how the mind works.

In contrast, the empirical approach eschews such rumination as woolly. It supposedly relies solely upon observation. Which is silly. While ostensibly limiting itself to behaviors, philosophy – the study of abstractions – must be applied to make any sense of what has been observed.

The mind, after all, works as a symbolic processor. Trying to understand the mind without reference to abstractions is like trying to apprehend electronics while studiously ignoring the flow of electrons.

From the chapter on Emotion:

Emotions are an evolutionary mechanism for memory retention, and a deceptive tool of the mind to invest in the illusion of material existence – to believe that actuality is reality (naïve realism).

Human emotions are no different than other animals. They emanate from the same sources: ecological and social interactions.

Throughout life, sensory experience of the world comes with emotive labels attached. These tags provide the index by which memories are formed and learning performed.

From the chapter on The Mind:

The mind is a restless beast, relentlessly seeking entertainment in the entrainment of sensation and thought.

While awake, for the ordinary person, the conscious mind constantly prattles away. Worry is its favorite pastime.

The mind’s incessant activity is troubling for 95% of the population. Most people are discomforted in sitting idle, letting their own minds prey upon them.

From the chapter on Mentation:

The mind is the filtering gateway to phenomena construed from a pastiche of perceptions. The dream state shows that the mind fabricates of its own volition. Even in the waking state, what appears as existence is a fabulous multimedia display sewn from ongoing sensations into a consistent fabric.

From the section on Cooperation:

Humans are innately more selfish than selfless. Yet also within human nature are capacities for empathy and morality, which provide the springboard to cooperation.

In the context of altruism, empathy and ethics embrace an irony. While they form the basis for cooperation, they adaptively evolved to benefit the individual that practices them.

From the section on The Evolution of Human Morality:

Though simian sense of fairness is fairly uniform, the tolerance of inequality that is a major determinant of morality depends upon sociality. Those primates with strong hierarchical social systems, such as baboons, endure considerable inequality. Sexual infidelity is not so much a moral infraction as an act with severe repercussion if caught out. Consequence discourages temptation.

Other monkeys and apes are more even-handed, in both empathic relations and insistence on equity at the risk of ostracization. This is consistent with many other mammals and birds, and corresponds with early human morality.

Sense of equality in human sociality has changed since prehistory, when foragers shared and held equity as an abiding moral value.

Socially-acceptable inequality took root with agriculture. Once land had value, its ownership afforded the means to develop material surpluses and so acquire wealth.

Agrarian inequity was accepted because its origination was ostensibly of good fortune in plot selection and hard work. Farming sharpened the work ethic into a moral value unto itself.

The production of surpluses begat a gyre of materialism that became the defining characteristic of the human mind-set. Bolstered by religion, inequities of every sort became accepted as corresponding with the laws of Nature. These were perverse rationalizations.

From the section on The Irony of Abstraction:

A key mental aspect of human descent was a freer abstraction ability. This characteristic improved counterfactual thinking, but at the cost of loosening the moorings of the mind to actuality. The upshot was language sophistication, augmented engineering skill, free subscription to fantastic religions, and illusions of grandeur, the grandest being that man was the most intelligent animal.

The definition of intelligence is the ability to behave appropriately. Liberating the mind to construct its own paracosms begat both the vision to create powerful technologies and the ability to disregard risk and ignore consequences.

This ushered a collective illusion of intelligence: that humans are uniquely superior. In fact, humans are uniquely stupid, as this superpredator species has largely lost the wariness that comes from being bound to what is. In its place is indulgence in whatever imagined frivolities come to mind. The proof of foolery can be seen in absurd systems of faith, including: modern ‘scientific’ naïveté (naïve empiricism and naïve realism), despite compelling evidence to the contrary; economies which produce society-renting inequities and global environmental destruction; and polities – notably democracy – which deliver idiotic, divisive, and destructive governance.

Boundless abstraction in a free-ranging mind is not a blessing of intelligence. It is instead a subterfuge that bestows a trickery of acumen and an ignorance of reality.

From the section on Public Knowledge:

Young children often conflate life with movement: seeing the Sun and wind as alive, but trees and mushrooms as not. Youngsters also see purpose everywhere: birds are “for” flying, rocks are for animals to scratch themselves on, and rain falls so flowers can drink. In physics, children conclude that heat flows from place to place, that the Sun moves across the sky, that the Moon rises and sets, that heavier objects fall faster than lighter ones, and so on.

Children cling to their naïve theories, and when they encounter new, incongruous concepts, they cling tighter. Folk theories do get knocked back with education, but they never go away. Scientific thinking is hard-won and easily lost, even among scientists.

The generation that grew up with the Internet know their way around the Web, but they don’t know to be sensibly skeptical of what they see. Sites with high production values and links to reputable news organizations sway the impressionable young into believing what they should not.

To characterize the public’s grasp of science as sketchy would be generous. Many Americans think that scientific and engineering work is “dangerous,” though science is considered more hazardous.

84% of Britons think that science is important and we should take an interest in it. Yet 66% of Brits say science is a dying industry. 30% think “we depend too much on science and not enough on faith.”

Spokes 5 explores the power of the mind. Spokes 6 plumbs the products of civilization and looks down the well from which they have been drawn.