There are over 3,100 distinct stick insects in tropical and subtropical biomes throughout the world. “The extant diversity is the result of a surprisingly recent and rapid radiation,” exclaims Dutch evolutionary biologist Sabrina Simon.

“Stick and leaf insects exhibit impressive camouflage directed against visually hunting predators by imitation of various parts of plants, such as twigs, bark and leaves,” observed German evolutionary biologist Sven Bradler. That withstanding, most stick insects are nocturnal. This lifestyle helps them not be so easily identified from the plants to which they cling. Better safe than sorry.

Stick insects are in the order Phasmatodea, which originated in either Southeast Asia or the New World ~128 million years ago. Their evolution was of dispersal followed by incremental evolution rather than vicariance (independent evolution).

The stick insect below is of Extatosoma tiaratum. It looks as if its head is on backwards. The mouth parts are near its arms, nearby its antennae. This innovation was likely to create confusion among potential predators by not corresponding with conventional body plan for head morphology. 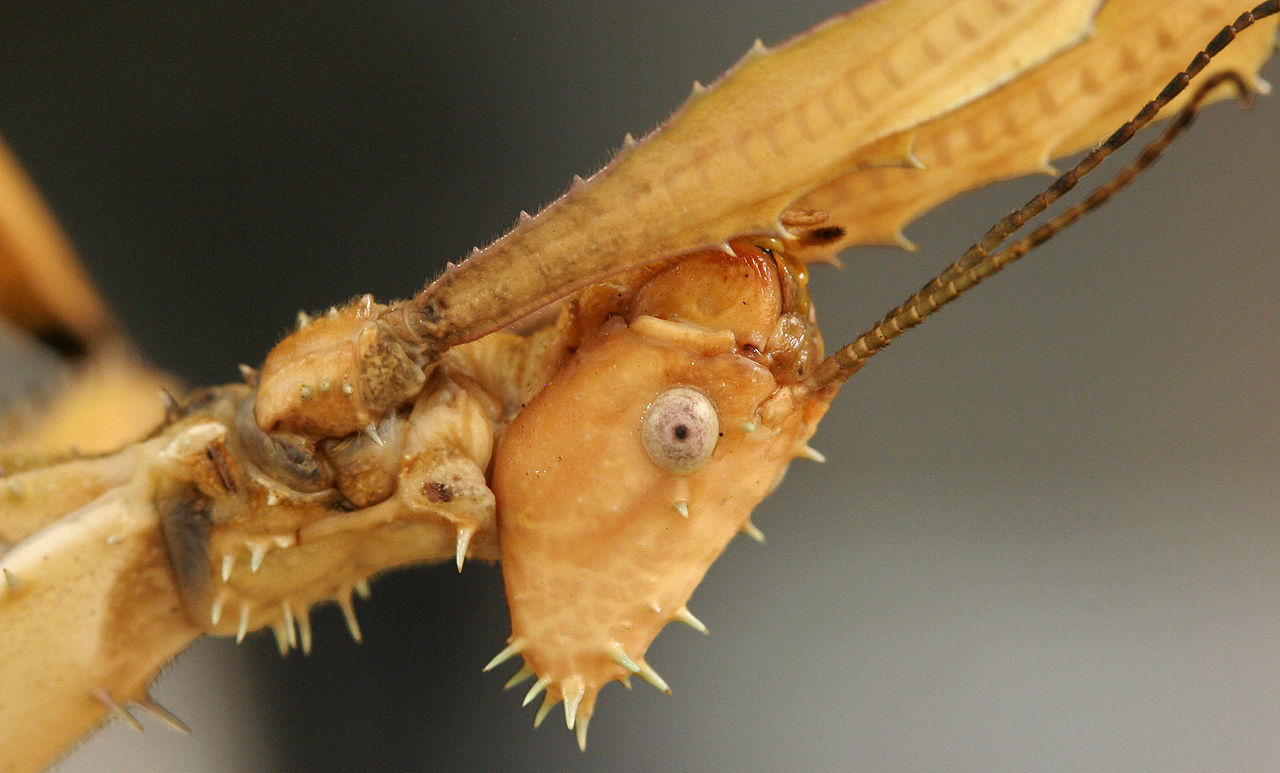 Pronounced oddity, such as with stick insects, readily raises the question of how evolution transpires – the intriguing issue which envelops all evolutionary biology. There are no simple answers, such as Charles Darwin sophistically proposed with his “survival of the fittest.”

What is known is that all evolution is adaptation: a goal-directed (teleological) aim of improving survival. Adaptations may be pinpoint traits, such as being able to tolerate a toxic chemical, or involve a multitude of physical and mental trait adoptions, such as behaviors for new physiology.

There are too many striking instances of adaptation to discount that teleology is at the root of evolution. This necessarily implies a force of directive coherence at a scale which encompasses organismic genetics, cytology, and development, and which mystically accounts for the habitat in which the organism lives.

Spokes 3: The Elements of Evolution, explores the fascinating history of life on Earth, how evolution has been thought of historically (e.g., Darwin’s theoretical tripe), the various ways in which evolution proceeds, and the descent of humankind.

Stick insect on a pitcher plant photo courtesy of John A. Alaban.