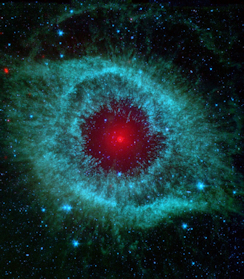 As its fundamental foundation, the standard cosmological model assumes that the universe started 13.82 billion years ago, based upon the first light detected by a space telescope. Instead, the cosmos is much older.

“In the beginning there was nothing, which exploded.” ~ English novelist Terry Pratchett

The Big Bang hypothesis posits that a singularity with all the energy that the cosmos would ever have expanded faster than the speed of light for the briefest time shortly after existence got a toehold.

“The “big bang” hypothesis of creation is more a confession of desperation and bewilderment than the outcome of logical argumentation rooted in the known (or even unknown!) laws of physics.” ~ Belgian theoretical physicist Robert Brout et al

All the calculations astrophysicists make are based upon the Big Bang and cosmic inflation hypotheses. The ideas of dark energy and dark matter emanate from the Big Bang hypothesis. Despite extensive searches, there is no evidence whatsoever for dark matter or dark energy.

Logically, there is no reason to think that the cosmos would announce its birth with a show of light. Instead, the earliest light detected so far was likely of archaic stars.

Explaining how the cosmos got from a singularity to today’s expansive universe in under 14 billion years requires a physics-defying expansionary epoch called “cosmic inflation.” Under this scenario, the cosmic matter-energy complex of existence exploded faster than the speed of light for a brief moment and then mysteriously halted instantaneously. Apologists assert that cosmic inflation does not violate relativity theory because spacetime itself is expanding faster than the speed of light during that instant – absurd. In violation of quantum theory, cosmic inflation requires density fluctuations in wavelengths at less than Planck length: the point at which space becomes so small as to be meaningless. In its insensibility, cosmic inflation contravenes several verified physics theories. Yet cosmic inflation now goes unquestioned by most astrophysicists.

Massive galaxies and black holes have been found which date to less than a billion years after the supposed Big Bang. But perhaps the most convincing evidence of the universe’s age is its sheer size.

From our perch in the cosmos, the farthest we can detect is 46.5 billion light-years away. As light speed delimits cosmological distance, the universe must be at least 46.5 billion years old.

Our universe would only be that young if Earth were in the center of the universe, and if the cosmos did not extend beyond our detection. Both assumptions are unlikely.

“All we can truly conclude is that the Universe is much larger than the volume we can directly observe.” ~ NASA

For more extensive coverage of cosmogony, read The Science of Existence, available free online, with the same content as the printed book.