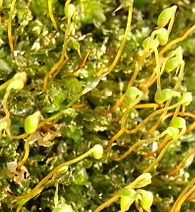 “To create a little flower is the labour of ages.” ~ British poet William Blake (1757 – 1827). Angiosperms (flowering plants) evolved 140 million years ago. A significant step in plant evolution, angiosperms encompassed the latest innovations: leaves, pollen, flowers and fruit. Angiosperms may have got their edge over simpler seed-bearers by developing drought-resistant features and rapid reproduction. But as Blake pointed out, the labor of the ages had hoary roots.

The point of pollen is pollination, presented most beautifully in artistically sculpted flowers; a setting to solicit cooperation from the more mobile; a cooption of another species into cooperation for a most important function: propagation.

The planning behind flowers exceeds all other feats in combining form, function and aesthetics, both in sight and scent; a marvelously nuanced triumph of engineering. As with all facets of life, the pinnacle that beget pollination evolved. From humble beginnings came a flower in bloom.

Bryophytes – mosses, liverworts and hornworts – got their start in the late Ordovician, over 450 million years ago. They were early adapters to land, following the likes of lichen. They had none of the later innovations: no seeds (spores instead), not even vascular tissues that efficiently transport water.

But, like the much later angiosperms, bryophytes had friends. The first land animals were tiny arthropods, such as mites. Like itty bitty spiders, these arthropods crawled and hopped around, led by their nose to find food.

Early land plants sexually reproduced, though at small centimeter distances, with sperm floating in the swamp to fertile females. Some bryophytes, notably moss, enlisted the locals – little blind arthropods – to transport their sperm to other plants.

They recruited the critters for fertilization by wafting attractive scents. How these mosses knew what was attractive to mites is not known, but it implies inscrutable intelligence.

The genome is a storehouse of ideas from hundreds of millions of years of evolution. The cells of plants and animals remember their origins in their genes.

When an opportunity arises, old ideas get a new twist; adapted to suit the needs of the time. From the reek of moss came the gentle scent of the rose.

Ishi Nobu, Spokes of the Wheel Book 3: The Elements of Evolution (pre-publication).