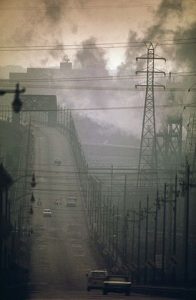 The operational definition of intelligence is a consistent display of appropriate behavior. Behind behavior is a mental construal of how the world works. Failing to comprehend the environment invariably has negative consequences. In the instance of humans on planet Earth, the diagnosis is clear and the outcome apparent. These creatures face impending extinction and are taking much other life out with them.

People have delicate psychologies because their worldview is built upon fictions. Rather than facing facts and rationally projecting consequences for actions, folks cotton to faith: believing in fantasies as if they were real. “Just because you can think of it does not mean that it exists” is an alien concept. Reification is rampant. Exhibit 1 is religion, most notably belief in a god.

The inexorable penalty for being a creature of the mind is suffering. This defines the Collective: the great wad of humanity which cater to the illusions that the mind readily dishes out. The dualistic nature of the mind – both a tool and a curse – is unknown to the Collective, so they believe their delusions. (You never see the lies you believe.)

Humans think they are the apex organism on Earth. Nothing could be further from the truth. With rare exception, people are dumb animals, precisely because they cling to beliefs: concepts which do not conform to actuality. The icing on this cake is denial: refusing to acknowledge what is palpable because it is not palatable.

An abhorrent system called capitalism, succored by plutocratic politics, has created a mass extinction event which will wipe out humanity within the next 60 years. Reviewing the science, this much is obvious. Yet this premise is not generally accepted. Even the leaders of the world continue with their petty politics rather than confront what is glaringly apparent.

History is replete with lessens of apt societal organization and the criticality of living respectfully in Nature. Humanity has taken to heart none of those lessons.

Some notes on the preceding.

1) Intelligence comes in coping with actuality. Technology may be clever, but that does not make its application an exercise in intelligence, especially when its pollutants (externalities) outweigh its benefits. To put it mildly, it is counterproductive to employ technologies which render the habitat unlivable.

2) The mind is the necessary implement for navigating through life. It is entirely something else to be a slave to the machinations of nattermind: that portion of the mind which seeks to enthrall its subject into a paracosmic world. The Collective are chattel to their minds: a conviction that is the source of suffering and ignorance.

3) There is no excuse for a social system in which all may not enjoy the fruits of their labors when surfeits are had. No one owns Nature. The idea of unregulated, wholesale, destructive private takings from Nature is repulsively deranged. Yet that characterizes the economics which humanity universally practices.