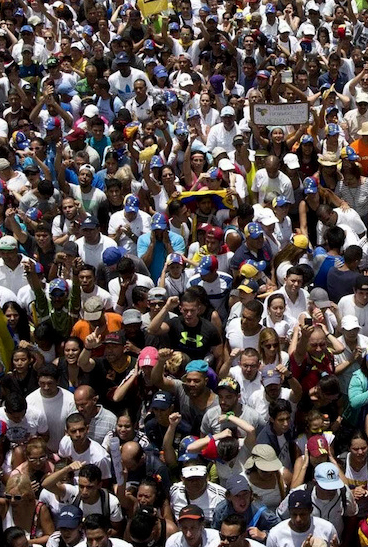 The last recession spelt a titled recovery: the rich rapidly recouped and got richer while the working class struggled to keep their economic footing. Now, over a decade later, the world economy is inexorably heading toward another downturn. It may be the last depression.

The recovery from 2008 was fueled by low interest rates and other government largess to companies. This artificial financial injection was needed because mass consumption, which typically propels the economy, was slack.

Corporations became hogs at the trough of debt. “A decade of historically low interest rates has allowed companies to sell record amounts of bonds to investors, sending total U.S. corporate debt to nearly $10 trillion, or a record 47% of the overall economy,” reports American financial journalist David Lynch. This happened despite credit rating agencies finding corporate debt quality much degraded from the 1st decade of the 20th century.

A surfeit of concentrated cash seeking reward in a low-return financial environment took what few extra interest points there were to be had. Low-rated companies have been able to borrow at rates that only sterling corporations could just a few years ago.

Global economic momentum is already slowing. A slight downturn could easily have a domino effect. Credit rating agencies will likely react to weakening corporate financial reports by downgrading their debt. That would force investors which are only allowed to hold investment-grade bonds – pension funds, insurance companies, and certain mutual funds – to unload their holdings. There would be too much junk debt for the market to absorb.

Companies with shriveling profits would suddenly face higher interest rates. As in every financial panic, lending freezes, job layoffs ensue, and pain suffuses through the economy. “You can definitely think of an Armageddon scenario,” said credit analyst Gregory Venizelos. Robert Kaplan, an American central banker, said that just “2 or 3 downgrades” could be enough to get the economic ball rolling downhill.

Once the economy falters, what will pull it back up? Consumer spending has historically been 2/3rds of the driving force behind economic growth. But not this past decade. A prolonged artificial stimulus benefited corporations and the upper crust, fueling a financial recovery more than one on main street.

Consumers are unlikely to spark the economy after the next downturn, especially with a shortage of well-paying jobs, a decimated retail shopping sector, and workers increasingly replaced by robots who eat only electricity.

Sovereign debt soared in America despite economic vitality. Almost all other countries around the world also dug deeper in debt in the past decade. Low interest rates allowed historic levels of sovereign debt.

Will investors be willing to pony up at low interest rates for government outlays to reanimate the economy? If not, recovery becomes impossible. Having to raise interest rates to entice investors would be a self-defeating tactic for economic revival.

There is a wild card in the deck of economics which has never been there before at a global scale: a rapidly degrading natural environment. This deterioration will doubtlessly dent economies while taking an increasing toll of lives.

Capitalism has always been a confidence game. Why invest in the future when the end of the world looms? Why not instead prepare by privately hoarding resources?

The public mood is already ugly. “It is hard to keep up with the protest movements under way around the world,” reports The Economist magazine. People are finally catching on that the economic game has been rigged against them and that capitalism is a failed experiment which cost Nature dearly.

Socialists rightly point to the market system as the source of both economic insecurity for most and the wrecking of the global environment. “For more than 4 decades, country after country has been ravaged by neoliberal policies designed to make the mass of workers and the poor pay for what is a growing crisis in the system,” observes an Australian socialist journal.

Today’s protesters face the determined forces of the status quo. Political polarization giving way to sustained civil unrest in much of the world is easily conceivable. The Economist: “This wave of protest may be less the harbinger of a global revolution than the new status quo.” Widespread discontent would be a decided depressant for economic recovery.

Our own extinction rushes towards us. You need only comprehend the damage already done, and then consider that it’s only further degenerating at an accelerating pace, with pollution still rising, world weather patterns changing for the worse, and clean water running out over much of the world.

The only things which look sustainable are the economic and environmental disruptions ahead. The next recession could well be the last depression.

“Economics, demography and social media only partly explain the protests roiling so many countries today,” The Economist (14 November 2019).