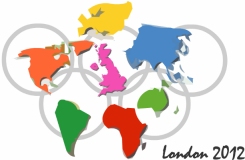 Competition is an evolutionary artifact for humans, who would be much better off as a species practicing cooperation instead. The Olympics are an epitome of supposedly innocent competition. Those involved, as competitor or spectator, enjoy the rushes of adrenalin and dopamine involved without question. Along with shots of biochemical stimulation come concomitant emotional complexes: of assumption, pride, and suspicion.

Competition is guaranteed to produce one thing: cheating. Sports is capitalism on the playing field. Exploitation to gain an edge is taken for granted.

Somewhere arbitrary lines are drawn. For Olympic athletes, anything ingested besides food and water that may enhance performance is taboo. Even performance-degrading drugs are damned if societally disfavored.

U.S. judoka contestant Nick Delpopolo got fed a marijuana brownie by a family member a few weeks before the Olympics started. Cannabis is no performance enhancer. It only dulls the reflexes and befuddles the head. But it is frowned upon, so Delpopolo was tossed from the games.

Performance-enhancing doping intentionally occurs every Olympics. Some succeed in doping and winning. Others are not so lucky. Alex Schwazer of Italy, 2008 Olympic race walk champion, got caught out in 2012.

There is the popular illusion that drug testing has gotten so sophisticated that the risk greatly outweighs the reward. Olympic doping expert Charles Yesalis: “It serves as a facade to make people think they’re watching cleaner sports, but they’re really not. We’ve had testing since the 1960s; I’m sorry, I don’t think anything’s gotten better. I don’t feel very optimistic that we’ve made any progress.”

Yet Yasalis lives in emotional denial. He watches the games with interest, but proclaims: “I just watch. Do I get emotionally involved in it? No, I do not. Absolutely do not.” Please. No one willingly spends free time for any other reason than emotional satisfaction, however delayed. Spectating is for immediate emotional consumption. There is no rational reason to watch athletics.

16-year-old Chinese swimmer Ye Shiwen won the 400-meter women’s swim medley in astonishing world record time. With no evidence at hand, John Leonard, the executive director of the World Swimming Coaches Association, and American coach John Leonard, raised the specter of doping. Leonard: “History in our sport will tell you that every time we see something, and I will put quotation marks around this, ‘unbelievable’, history shows us that it turns out later on there was doping involved.”

China rightly responded to the baseless accusations as racist, which they were. Maybe it galls Leonard that his athletes marched in the opening ceremonies in uniforms made in China, as America has lost its sewing skill.

Outstanding performances by Algerian runner Taoufik Makhloufi in the 1500 meter run and Dominican Republic runner Félix Sánchez in the 400m hurdles raised eyebrows of suspicion, albeit the insinuations were more subtly put.

Unsportsmanlike conduct is par for the course of competition. Again, the line on what is acceptable seems arbitrarily drawn.

NBC had the rights for television coverage for the United States. NBC decided to show some underwater action in the women’s water polo. Viewers were treated to American Kami Craig pulling the suit off a Spanish opponent, popping a tit for the home audience.

Baring boobs is business as usual in the women’s polo pool. American water polo Heather Petri recalled playing at the 2000 Olympics for 10 minutes topless, after an opponent shredded her suit. Petri keep swimming until the next time out, whereupon she popped out of the pool for a spare suit.

Men’s water polo is of course as unsportsmanlike as the ladies, if less a display of athletic beauty in watching infractions.

Referees only call what they can see. Underwater cheating is beyond the line of sight of referees on the pool deck. No fouls for the purposely invisible.

There was a rash of noted laziness at this year’s Olympics. Which to say that reporters picked up on an old story, as did officials.

Tournament games are matched by a draw system. The strategic way to win gold is to avoid being eliminated. This is done by avoiding the best teams as long as possible. Which can involve throwing a game rather than giving it your all.

Following their coach’s direction, the Japanese women’s soccer team purposely played for a draw in its final group game, hanging back in the second half, never pushing to score. No blowback for that.

Conversely, four Asian badminton double teams were disqualified after tanking matches for a better draw: two teams from South Korea, and one each from Indonesia and China. The badminton federation decried infringing its code of conduct by “not using one’s best efforts to win a match” and “conducting oneself in a manner that is clearly abusive or detrimental to the sport.” Indonesia protested to no effect. China was better at reading the writing on the wall by not appealing for reconsideration.

Sloth hit individual events. Taoufik Makhloufi had to run the 800 meters after his team failed to withdraw him by a deadline. He stopped running after 100m and wandered back across the infield. For that he was disqualified from the games, with the loophole that a doctor’s excuse would let him back in for a medal shot at the 1,500m. His expulsion was duly revoked.

Unsportsmanlike conduct was not confined to contestants. A biased women’s soccer referee handed the United States a victory over Canada. Canada’s captain, Christine Sinclair, declared: “the ref decided the result before the game started.”

The Olympics are ultimately an exercise in nationalism; a contest of nation states. Gold medals are expected by partisans, as is petulant pettiness at something less.

Brazilian swimmer César Cielo holds the world record in the 50-meter freestyle swim, and won the event in Beijing four years ago. There was grave disappoint in his bronze medal in 2012. A Brazilian fan remarked: “Nobody in Brazil cares about second or third place. I would not expect a hero’s welcome for him. I think his friends and family will greet him at the airport and that’s about it.”

Some nations had smaller expectations. With four medals and 514,385 residents, Slovenia was boasting that it had the highest per-capita medal rate among the medal winners.

Despite the hiccups, including the need to call in the armed forces after a private security firm flunked its contract to provide protection, the United Kingdom was button-popping proud of itself as Olympic host. It put on an eccentric, very British, opening ceremony, and closed with song bash that had the Guardian newspaper crow: “London 2012 closing ceremony: unleashing a musical superpower.”

In so many ways, the Olympics demonstrated in spectacular form the biological constants that dictate human behavior. Out of apathy, rationality failed to get a ticket to the games.