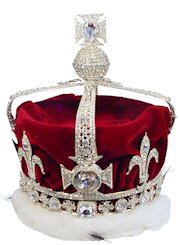 Feudalism flourished in western Europe between the 5th and 12th centuries. Lacking a centralized government, local lords had their fiefs. Society was caste-bound: strictly structured hierarchically.

The highest rank were on land holders. Below land lords were vassals, who pledged allegiance and provided security in return for a livelihood. Independent tradesmen were lower down. Below that, service providers; known at the time as servants. At the bottom of the rung was the peasant class: those who toiled on the land, growing crops.

Feudalism gave way to statism: centralized government. In its earliest form, this was monarchial.

In England, the famous 1215 Magna Carta formed a foundation for rule of law. It was a follow-on to the Charter of Liberties in 1100, in which ascending King Henry I (1068 – 1135) proclaimed certain laws of conduct in treatment of nobles and church officials. Abuses of royal power by Henry’s elder brother and predecessor, King William II (1056 – 1100), prompted the Charter of Liberties.

The next step in social revolution came to those without hereditary privilege in demanding a political voice. The starkest demonstration in Europe came in the 1789 French revolution, where the absolute monarchy that had ruled France for centuries collapsed.

Upon coming into power, French King Louis XVI (1754 – 1793) attempted social reform in the vein of the Age of Enlightenment, which began in the 17th century with intellectuals advocating greater social liberties for all. This challenged tradition on many fronts. With this Age of Reason came the advent of more methodical scientific inquiry (the Scientific Revolution).

Louis XVI’s stab at social liberalization was rebuffed by the French nobility, who were hostile to the notion of diminished privileges. Discontented commoners finally rose up and seized power, a turn of events that cost Louis his head. French society was upturned. Aristocratic and religious privileges evaporated.

In the 19th century, German economist Karl Marx (1818 – 1883) characterized feudalism as the socioeconomic prelude to capitalism. Yet, as Marx observed, socially, capitalism was essentially a recast of feudalism. Marx advocated a more egalitarian regime.

Whereas economic power under feudalism rested in arable land, under capitalism, that power rested in a capital asset base. As British musician Pete Townshend (1945 – ) observed: “meet the new boss; same as the old boss; won’t get fooled again.”

But many were fooled. Democracy and capitalism fostered the fable of rags-to-riches glory: that any man who kept his proverbial nose to the grindstone could be rewarded with material success under the free enterprise banner.

Very few that did not start life from a privileged position could make such a claim in fact. Consistent from the start of civilization, and only temporarily interrupted by revolutions, the same entrenchment of power by the status quo ensured that only a charming and lucky few would ever ascend from the middle to the upper class.

The exploitation never ceased. Robber barons replaced fief lords. Government, forever in debt, naturally succored the moneyed class, rewarding successful capitalists with subsidies for their corporations and favorable tax treatment to the men who ran them. This cabal constantly maintained the mantra of “business as usual.”

Socially, despite the many upheavals, nothing changes in the hearts of those who desire money and power for their own sake. Recent research has scientifically demonstrated what has long been observed: that rich people are arrogant and indifferent to the struggles of those in the lower classes; that privilege promotes dishonesty, and moral hypocrisy: condemning behavior in others that they themselves commit.

It’s all very upper-crust Republican. Mitt Romney’s (1947 – ) presidential campaign for plutocracy went bust, but he still found ways to try to profit from the experience. For one, he charged press reporters who rode his campaign bus $1,000 a day for the privilege, and up to $812 for a single meal.