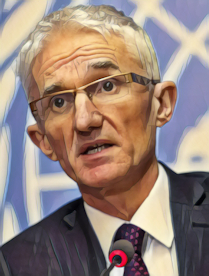 The only chance humanity has to save itself from self-extinction this century is to become more humane and better organized. It doesn’t look good.

Mark Lowcock, the UN’s relief program coordinator, thought 2019 was “a terrible year.” Conflict, climate emergencies, and economic desperation left 165 million people needing relief. On 2020: “I don’t have a crystal ball. I don’t know what we are dealing with next year. But I have a bad feeling about it. I’m afraid it will be worse. I want to be wrong. But the reasons we’ve had a very bad year are still here.”

Lowcock said much of his work this past year has been from climate disasters, which happened at a rate of 1 per week. “The people who are getting hit first and worst are the most vulnerable. It’s much more devastating in poorer countries. And it’s always among the most vulnerable groups: women and girls and people with disabilities.”