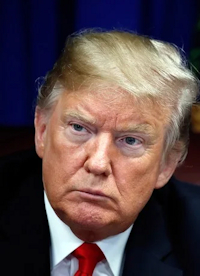 President Trump has signaled that Republicans ought to follow a “so-what” defense for his impeachable offenses and let him off the hook as soon as possible. That may be good for Trump, but not for the Republicans.

A hasty whitewash may satisfy Trump as another successful bullying, but it will only exacerbate the finger-point at neglect of duty and craven irresponsibility by Senate Republicans. Further, summarily excusing impeachable offenses in the Senate trial guarantees continuing coverage going into the 2020 elections.

Imagine that the Senate actually conducted a real impeachment trial. Regardless of verdict, the outcome would be that Republicans could claim to have dutifully met their constitutional responsibility, thus taking the taint off the party. Further, Republicans on the campaign trail can point to the Senate trial as having decently put the matter to rest.

Airing out already well-known facts gives Republicans a real opportunity of either brushing off the dirt or disposing of it altogether. “So what” only works if enough voters agree.

If a Senate trial galvanized public opinion such that Trump were viewed as a liability to Republicans, the Senate Republicans would had handed themselves the unique opportunity to replace America’s #1 scum with a comparatively pristine President Pence. Dumping a Trump for a chump would be a morally uplifting event for recent Republican chronicles.