Stentor roeselii is a trumpet-shaped, free-living, freshwater, sessile ciliate. “Organisms like S. roeselii were apex predators prior to multicellular life. They are extremely widespread in many different aquatic environments. They have to be ‘clever’ at figuring out what to avoid, where to eat, and all the other things that organisms have to do to live,” explained biologist Jeremy Gunawardena.

Jennings experiments on S. roeselii were chemical provocations of an irritant (carmine powder) and observation of how the protozoan responded. Bending its body is an initial response to the bother. If the irritation persisted, S. roeselii decidedly keeps its mouth away from the powder by swirling its cilia to create the appropriate vortexes. If this too proves ineffective, the little protozoan contracts into its holdfast. Finally, if still vexed, S. roeselii detaches from its holdfast and swims away.

In avoidance, S. roeselii follows a behavioral protocol of hierarchical escalation. “They do the simple things first, but if you keep on, they decide to try something else. S. roeselii has no brain, but it ‘changes its mind’ once it feels like the irritation has gone on too long,” Gunawardena observed. 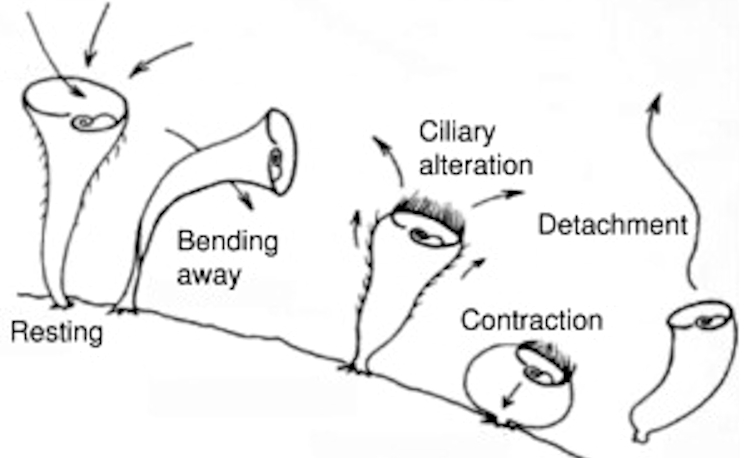 S. roeselii is one of innumerable examples of organisms with no intelligence physiology displaying awareness and decision-making. The matterist orthodoxy has been shown to be bunk in every discipline of science, by failing to explain anything beyond simplistic mechanics. Energyism is the only decent explanation for how existence works.