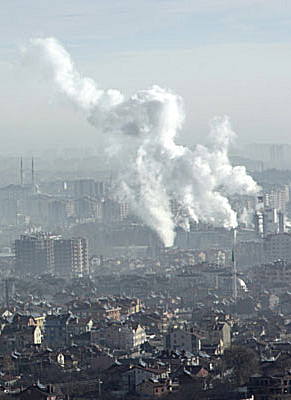 Whereas our desires propel us through life, unintended consequences more profoundly shape the world in which we live.

Economics is the craft of taking materials from Nature and shaping them into products which can be used to enhance the experience of living. Some takings have little consequence.

The clay used to make a few pots and other utensils may be minimally disruptive to an ecosystem; nor acquiring the wood to fire a kiln if dead sticks and logs are used. Scale up the operation and the consequences can take a severe local toll: huge pits are dug, woodlands are denuded, and the surrounding area warms from the heat of a cascade of kilns.

Scale makes all the difference. The scarring of Earth by men might have been sustainable if there were only a million of them. A billion of these destructive creatures would be untenable…. (The world population is now ~7.8 billion.)

For millennia before industrialization, populations of wildlife, including plants, were severely affected by the presence of men. North African Roman Christian theologian Tertullian wrote in the early 3rd century: “One thing is sure. The Earth is now more cultivated and developed than ever before. There is more farming with pure force, swamps are drying up, and cities are springing up on an unprecedented scale. We’ve become a burden to our planet. Resources are becoming scarce.” Not since before the Stone Age have hominids been insignificant to their environment.

The idea of renewable production and consumption is a fiction. Unlike other animals, human settlements represent a disruption of Nature, as this species tries to create exclusion zones of other life. Every human construction, whether a building or transport route, is like a black hole in the space of Nature: sucking the life potential out of the area around it. Paved roads are ribbons of death which scar the landscape and have severe ecological impacts for hundreds of meters beyond them.

Besides scale, externalities in the industrial age far outlast the production and consumption of the products made. The distinction is technology.

The metals and minerals which made industrialization possible are all toxins dug or sucked from the ground. Transferring these toxins tucked into Earth’s crust and spreading them on the surface is like creating psychedelic volcanos of poisons – a literal lava of annihilation.

The recycling of this wreckage has been insignificant. Men simply haven’t cared about what their short-lived conveniences cost Nature or the next generation.

Economic theory does not tally unintended consequences. As such, the theoretical justification for capitalism is false. Every “good” costs multiples of what its marketplace price tag is.

Economic growth is not good. Growth cannot be anything but a net destruction which cumulatively will prove unsustainable, as the self-extinction on our doorstep is amply demonstrating.

Living is mostly a maintenance exercise. Many of the messes made are not intended, but instead stem from moments of inattention. Indeed, inattention propels us through time.

Time stands still when awareness remains focused. This has been empirically demonstrated for localized quantum and atomic systems where observation is continuous: a phenomenon known as the Zeno effect.

Driven by inattention, time itself is an unintended consequence. The localization of the unified field of Ĉonsciousness results in a diversity of awarenesses from the plethora of consciousnesses created. This seeming fracturing from monistic reality into dualistic existence leaves gaps in awareness. Time seeps through the cracks.

If this essay was interesting, you may enjoy the The Fruits of Civilization (podcast, book). All my works are available free, online.